Treatment of Waste Gases with SALIX

SALIX has been developed as an alternative to the application of switching boxes. The advantages compared to the switching-box concept are smaller and less complex exhaust-piping, smaller footprint and higher flexibility for process changes. Detailed background is available in our case study on wet bench processes in the semiconductor industry.

The waste gases are fed by up to twelve separate inlets into pre-scrubber using spray nozzles which eliminates any clogging at the input. The waste gases pass into the first scrubber stage and flow upwards through the first scrubber column filled with packing material. The column is supplied with the scrubbing liquid via spray nozzles. Due to the large surface of the packing material and the counter flow principle the optimal absorption of the waste gases is possible.

In the second stage a different scrubbing liquid is used. A demister is used to prevent the liquids from the two stages from mixing. The second scrubbing liquid allows an alternative chemistry to be used and so optimise the scrubbing of the waste gases. Ingredients of waste gases, which have not reacted in the first scrubber stage, can be better absorbed in the second scrubber stage. After the deposition of residual moisture of the gas flow in a demister the residual gases meet the strict standards of German air pollution law (TA Luft). 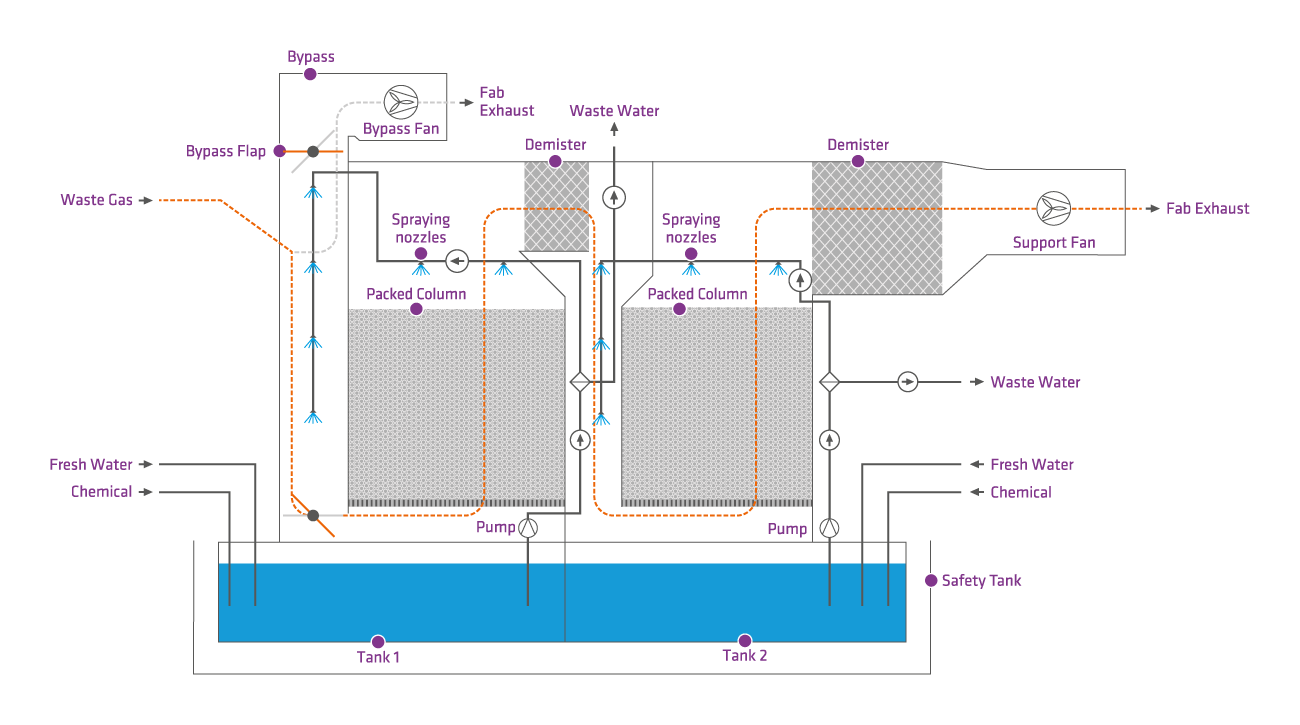 The design of the wet scrubber SALIX allows different inlet configurations with a total flow of 2.000 – 5.000 m³/h. Accordingly, the space requirement is variable.

The following equipment options are available for all SALIX wet scrubber systems: 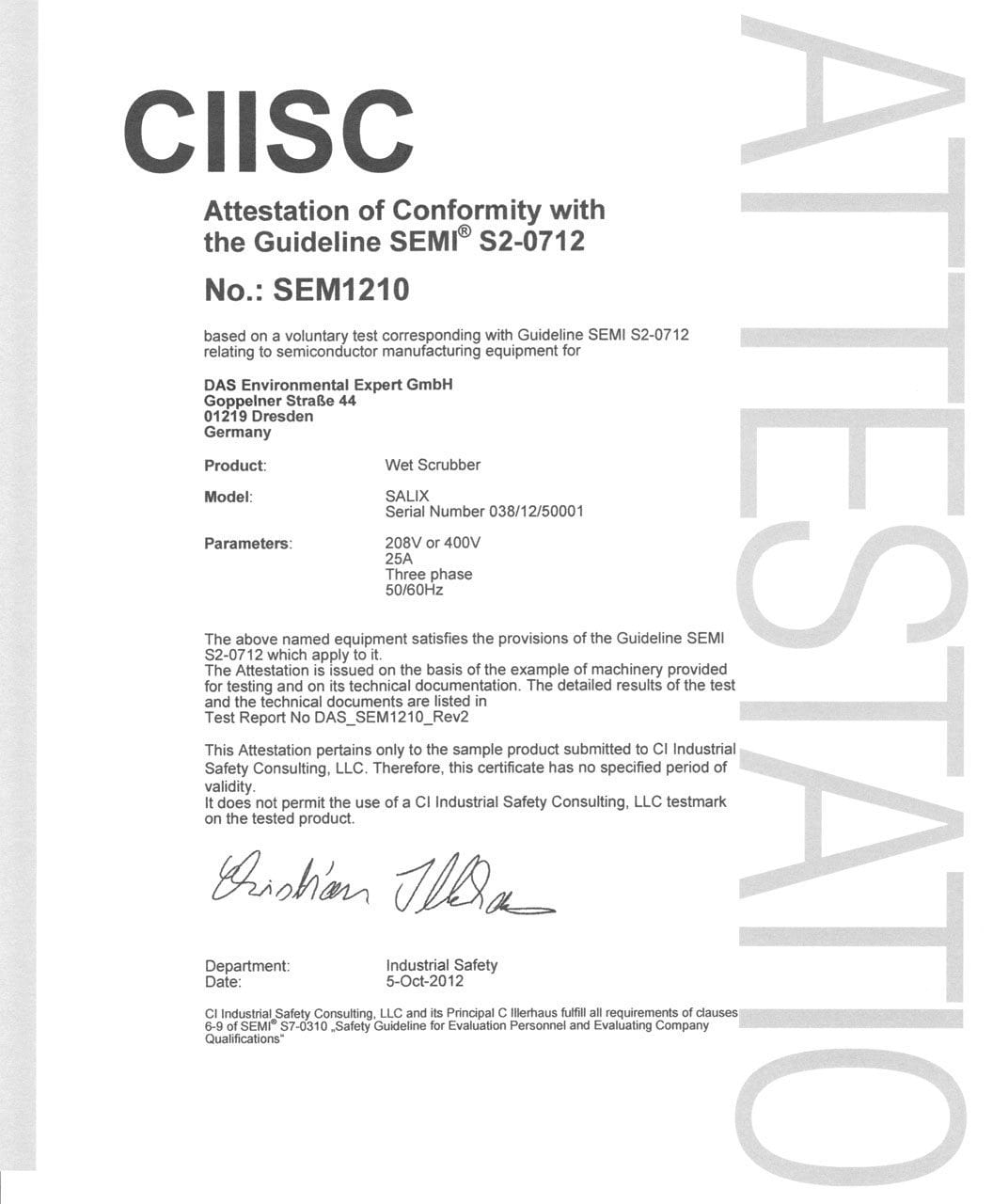